There is a range of potential issues which can impact your Traeger pellet grill working correctly or not turning on. The RTD temperature sensor may have failed, perhaps the hot rod has burnt through or the induction fan has stopped providing air for combustion. However, I believe one of the most common issues which can also be frustrating to deal with is a jammed pellet feed auger or auger motor failure. With this post, I wanted to discuss why your pellet feed auger may have become jammed and how to correct the issue. In some cases, the auger motor or the auger its self may need replacing. However, first, before you purchase any new components I would encourage you to watch the videos below. You may be able to fix the issue without spending a dime.

Disclaimer: Hey! By the way… any links on this page that lead to products on Amazon or other sites are affiliate links and I earn a commission if you make a purchase.

Now, I’ve included quite a few videos in this post. I like to reference good quality and official manufacturer videos where applicable as they are often the most useful resource to show how to correct a problem with your Traeger. Its not essential for you to watch all of the videos to learn how to resolve a blocked/jammed pellet auger or to replace the motor. However, I would encourage you to at least watch the first official video from Traeger on how to correct an auger jam. However, first I want to discuss what is the likely cause of the issue for your auger jamming and how to avoid it happening again in the future.

So let’s presume for example that your Traeger controller still turns on. However, after setting a temperature you don’t see any grill pellets entering the firepot. Now, while the motor its self could have potentially failed you first need to check the auger is not blocked/jammed. Why could the auger have become jammed? Well, there are two potential causes. The first is contamination from a hard foreign object. Perhaps a screw/nail somehow got into your pellet hopper. However, the more common/likely scenario is water has got into the pellet hopper.

A typical scenario was the hopper lid was open and a rain shower came over. You see, when wood pellets go bad through absorbing moisture they expand. Their absorption qualities are what makes them such a good animal bedding product. However, when wet pellets expand they can lock up feed augers. The auger motor simply doest have the power to force the wet expanded pellets into the burn pot. Plus, even if it did that wet dust is not going to ignite and burn. So you have got to strip down your Traeger grill and remove the auger motor and auger. However, as seen in the video below that can be easier said than done.

Now the video above from Traeger on how to remove the jammed auger using a wrench and then cleaning out the tube with a ‘flat object’ can work. However, to be honest, that auger wasn’t blocked to the extent I’ve seen in many other examples. I would have guessed that they added some moisture to those pellets but they haven’t expanded to the extent they would if a heavy rain shower went into the pellet hopper. Therefore, the best method to remove the old auger and clean out the auger tube is to use a drill. Now, you can use a battery drill but make sure its got enough power. You’ll likely find this job a lot easier with a corded grill. To see how easy it can be to remove a jammed auger and to clean out the pellet feed tube I’ve included the video below.

First, you will obviously have to remove the auger motor. You can then slide the drills chuck onto the end of the auger shaft. Make sure you properly tighten the chuck to make sure you have a good grip on the auger. Importantly you need to set the drill into reverse to first be able to get the jammed auger out. Once removed, you have still got to clean out the auger tube of the dried/expanded sawdust in the auger tube. In some cases, it can literally set like concrete. Therefore, now set the drill to forward and re-insert the auger. Move the drill/auger back and forth to completely clean out the jammed auger tube.

The official video above from Traeger on how to remove the hopper and auger motor to get access to the auger itself is only applicable to first-generation Trager grills and the current budget range. The current premium Traeger grills have a different construction, hopper assembly and control panel. Namely, the D2 Direct Drive system. Therefore, if you have a modern Pro Series, Ironwood or Timberline Traeger pellet grill please refer to the videos below on how to access remove the auger motor and auger.

What I do find rather odd is the design choice differences Traeger made with the current Pro Series and the Ironwood/Timberline pellet grills. With the Pro Series as is the case with the older generation Traeger pellet grills as can be seen in the first video above to access the auger it requires a full hopper strip down. However, with the current Ironwood/Timberline its simply a case of removing a small panel on the side of the pellet hopper and you instantly have access to the auger motor. In terms of being quickly able to resolve a jammed pellet auger, the new Ironwood/Timberline grills are a much better design.

After you have removed the jammed auger and cleaned the auger tube its time to start putting the components back together. However, before you put the auger back into the pellet grill examine its condition. Is the auger heavily corroded/rusty or even bent? The events which led to the auger becoming blocked in the first place (foreign object/wet pellets) can in some cases also damage the auger. If you are concerned by the condition of the auger you can get replacements.

You do have to be careful to purchase the correct length of auger for your particular Traeger pellet grill. So measure your old auger before ordering a new one. For instance, the image above is of a 21″ auger, where some larger models use a 25″ auger. Its now time to find out if the auger motor is still working or if it needs to be replaced. As the auger became blocked this can potentially be a cause for motor failure. However, its more common for the fuse to blow on the back of the control panel. So first, check or change the fuse and turn the control panel on. You will know if the auger motor is working as you will see if the fan on the back spinning. If not, then its time to change over the auger motor/gearbox.

A faulty auger motor often comes hand-in-hand with a jammed auger. As the reason the auger motor failed was likely due to auger becoming jammed and the excessive force placed upon the gearbox/motor. However, commonly after cleaning out a jammed pellet feed auger and swapping in a new fuse into the control panel, you’ll be good to go! So hold off on purchasing a new auger motor until you are sure you actually need one.

That’s it, I hope you found this post useful and its helps you get your Traeger grill up and running. You may also be interested in my other Traeger related posts such as best Traeger accessories or how Traeger grill pellets are made. There are many more in my wood pellet grill/smoker guide. 🙂

Hi, I’m Chris. I started PelHeat.com back in 2007. This website is intended to be an educational resource on how pellets are made and their various uses. I hope you find the information useful.

With this comparison article, I'm going to compare similarly priced products from Camp Chef and Cuisinart, therefore we are going to look at pellet grills under $1,000. Now, the price of Camp Chef...

Launched in late 2019, the USSC Grills brand is an offshoot of USSC (United States Stove Company) who have been selling wood stoves since 1869. I've known of USSC for many years, since my early days...

As an Amazon Associate and affiliate for other companies, I earn a commission from qualifying purchases with no additional cost to you. Full details in the footer. 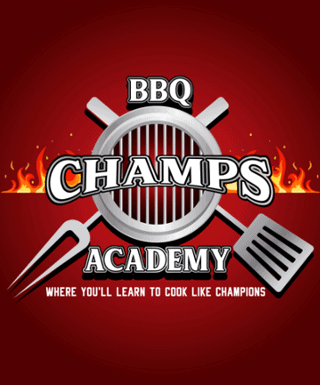